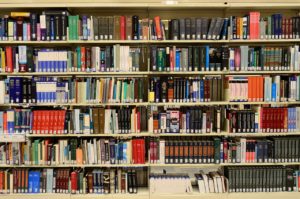 I recently received a question from a reader about Elon Musk’s recent comments on “traditional schools” and how he thinks they fail students. As a retired school teacher and current homeschool educator, this is an exceptionally relevant conversation that I am particularly qualified to address.

As I see it, Elon Musk has a few core concerns when it comes to traditional education. The objections he discusses most frequently tend to boil down to two major categories: problem solving and creative thinking. In a recent interview, Musk had this to say:

“It’s important to teach problem-solving. Let’s say you’re trying to teach how engines work. Now, a traditional way is to teach all about screwdrivers and wrenches, which is a very difficult way to do it. A good approach would be like: Here’s an engine, let’s take it apart and how are we gonna do that? We need a screwdriver or a wrench for that. When we teach like this, something important happens, the relevance of the tools becomes apparent.”

My Thoughts About This Quote:

I have a feeling that most of my readers are expecting me to argue or completely disagree with what Mr. Musk is saying here. The truth is, I don’t. I think he’s exactly right and it’s a large part of why I chose to homeschool my children rather than place them into a public or charter school. In reality, modern schools fail the children that they are meant to support. They teach rigid coursework that focuses on consuming information rather than utilizing knowledge. It’s something that I struggled with as a teacher for over twenty-five years. There were several times where I would discuss with the principal of my school about hands on learning opportunities only to receive budgetary or time limitations that made those activities impossible. Activities like robot building competitions and debate meets where students would engage with other children and adults in real world learning. Instead, I was told to teach the established coursework and fall in line. I saw how this type of rigidity failed my students over and over again.

Unfortunately, I didn’t know what to do to change the school system until years later when my own children were ready to begin their education. I remember those conversations with my husband well. They were hard and went long into the night. He had gone to public school and was a strong advocate for the social opportunities inherent in attending classrooms filled with twenty to forty students. Eventually though, he saw where I was coming from and agreed to a homeschooling structure for at least the first few years. I wasn’t even close to ready for how hard those initial years would be!

The Merits Behind Homeschooling:

If you’ve ever talked to someone who homeschools their children, I bet they told you that it was the hardest thing they had ever done. That’s an understatement. Creating a curriculum from scratch that keeps your children busy throughout the school week is a massively complicated undertaking. On top of that, you need to be able to provide concrete answers to subjects you may have not studied since you were your children’s age. That struggle though, proves Mr. Musk’s point. Rather than having a structured curriculum to fall back on, I was being forced to problem solve, customize, and improvise an education that I thought was suitable for my kids. This led to breakthroughs and new opportunities in teaching that I had only dreamed of as a teacher. I was able to engage my children in all sorts of hands-on learning opportunities, including: structured debates about current social, political, and scientific issues; a robotics competition that we nearly won; and biological studies at the nearby nature center. More than anything, homeschooling taught my children how to be proactively curious.

The Limitations of Traditional Schools:

Which leads me back to Elon Musk’s initial statement. I was recently reading a study that described the inherent disadvantages to public school in comparison to homeschool. It’s a very thorough examination of the role parents play in their children’s education with some exceptionally interesting final conclusions. The findings validate Elon Musk’s argument, giving credence to the reality that application-based learning sets children up for lifelong success. In the study, they looked at one hundred and twenty-seven high school seniors. Analyzing their A.C.T. test scores and overall accomplishments. Households where the parents were more involved in the child’s education saw a marked improvement in test scores. While test scores have their own problems, it’s one study of many that show links between homeschooling and higher performance. Highlighting the limitations of traditional schools and memorization-based learning.

Overall, I don’t always agree with Elon Musk’s opinions, but he has an ally when it comes to education. When children are provided with why they are learning something through hands on education, their curiosity and problem solving skills are strengthened. Leading to higher performance in school and throughout life. Traditional schooling is far too rigid and focused on information rather than execution. As educators, we should be more focused on creative thinking and problem solving opposed to memorizing facts.